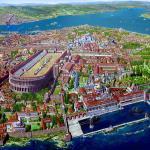 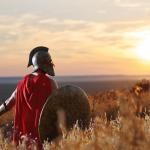 The map of the Roman Empire shows us how Rome, an Italian city-state, spread throughout the Mediterranean. Evolving from a Republic to an Empire, Rome experienced its peak and then split into East and West. In this article you can find a summary of the history of the Roman Empire. Afterwards, Rome was divided into East and West, and its legacy survived for another 1000 years … END_OF_DOCUMENT_TOKEN_TO_BE_REPLACED

Hello, I'm Serhat Engul. I am a licensed tour guide based in Istanbul. I do private walking tours in Istanbul focusing on Roman, Byzantine and Ottoman history. If you want to join a private guided tour in Istanbul, you can check out my references and tours from this page

Istanbul Travel Blog is designed to introduce you to the history, museums, restaurants and culture of istanbul.

Author of this blog, Serhat Engul, is a licensed tour guide based in Istanbul.